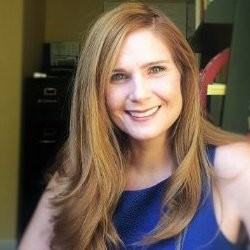 When thinking about the intersection of policy and science, the notion of ‘ethical considerations’ often arises, usually in the context of ‘research should move forward while taking into account ethical considerations’. This framing can lead to strong reactions from researchers, who suggest that this will result in additional regulatory burden or bioethicists telling scientists do their jobs.  After thinking deeply about this issue, we understand where some of the confusion lies and are on a mission to try to clear it up. To many scientists, the word “ethics” appears to be code for terms like “regulation”, “oversight” – or worse – additional paperwork that does nothing to increase protections or advance science. This makes sense in a way, since the ethical principles of the Belmont report, which are the foundation for today’s human research participant protections, are actually codified through regulations like the Common Rule.

However, it is helpful to take the concept of ethics– moral principles that guide one’s behavior – back to its roots.  Ethics are more than just following the rules; it is about the abstract notion of how to “do the right thing” even in the absence of a law, regulation, or policy telling you that you have to. And here at the NIH, the world’s largest publicly funded biomedical research agency, we are always thinking about how to do the right thing.

As a publicly funded research agency, NIH has an ethical responsibility to be good stewards of those dollars invested by the public. This is reflected in the language of our agency; we are ultimately beholden to the taxpayers who collectively invest in making sure we – and the people and work we fund – behave in an ethical fashion. We have a mission to fulfill, public trust to maintain, and an imperative to ensure that we are funding the highest quality, responsibly conducted science. This IS our ethical mandate.

Now, as scientists, we completely understand the deep and urgent desire to be precise in our language. While the often imprecise nature of the term “ethics” begs further clarification from scientists, for many away from the bench, the concept is clear and its intent is crystal clear – it crops up in everyday discussions about the implications of implementing new biotechnologies, the distribution of funding across the NIH portfolio, the pros and cons of animal research, and the access of research results. When we ask scientists to ensure their experiments are rigorously designed and results are transparently presented, that is in the context of this stewardship (incidentally, it is also good for science). The flipside of that is it means poorly designed experiments could be described as unethical; and that’s the sort of framing that scientists tend to object to.

When scientists bristle against incorporating the word ethics, or the associated ethical considerations, in conversations around research, it gives the false impression that it is the rejection of the concept of ethics in the conversation. Obviously, we know this to not be true.  Many scientists hold themselves to the highest standards and think through ethical issues daily, whether it’s appropriate housing conditions for research animals, end of life issues, or privacy protections for human data.  What’s more, the conflation of ethics and regulation – and the knee jerk response it provokes from a community greatly concerned about regulatory burden – can derail the more productive conversation: how do we practically weave ethical considerations into the day to day conduct of science? For instance, neuroscientists around the globe are already self-assembling to proactively develop guides for researchers to think through potential ethical challenges early and often.

Ethics is not a static concept, nor is science. Moral principles evolve over time in society – and sometimes within ourselves – and our understanding of the world around us changes with each new discovery. At one point in history, it was considered a public good to experiment on humans regardless of their consent. By today’s standards, most would agree that principles of respect for persons, beneficence, and justice autonomy outweigh forgoing consent. In the distant past, many believed that animals were not capable of interpreting pain, whereas today we take our ethical obligations seriously to alleviate any discomfort or distress when possible. Ethical considerations are often judgment calls, thus they are not policy nor regulation nor enforceable. Consideration of ethics can sometimes be best served by asking ourselves and each other tough questions: Why are we doing this particular experiment?; Is this the best way to answer this question or is there another way?; Are the ethical issues raised by any given approach outweighed by the unique value of answering the scientific questions or do ethical issues outweigh the value of the science? Questioning the whys and hows of the ethics of science is not the same as suggesting we should not move forward. It is an opportunity for introspection, for improvement, and ultimately for reinforcing the contract we have made with the public to responsibly solve the challenges faced by us all.

This blog was co-authored by Dr. Lyric Jorgenson, Deputy Director of the NIH Office of Science Policy 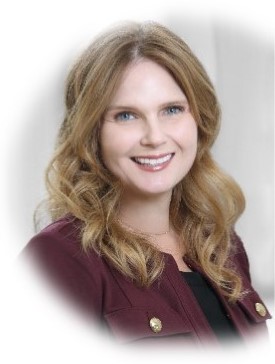