Home » Blog » The Revised Common Rule: A Tribute to the Past and a Promise for the Future 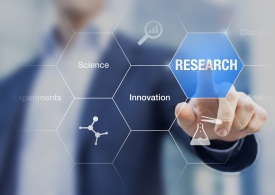 As humans living longer, healthier lives than at any point in history, we all owe a great deal of thanks to the countless volunteers who have served as research participants. These are people who have given of their time, of their bodies, who have accepted risks from the very small to the very large, and who have done so knowing that they might receive no personal benefit. Lifesaving vaccines, cancer therapies, cardiovascular treatments, and every drug, diagnostic, and cure in our modern medical pantheon have been made possible thanks to the willingness of research volunteers; real people with real lives and real loved ones.

And we owe it to those willing to volunteer to ensure that we have the best possible safeguards in place to ensure that research involving humans is conducted ethically, safely, and equitably.  In 1978, the Belmont Report was published, outlining the principles and guidelines for protecting human research participants, built on the foundations of respect, beneficence and justice. This led to the regulation now known as the “Common Rule,” whose purpose was to ensure that research involving humans was conducted in line with the highest ethical standards and practices. Today, the U.S. government has announced revisions to the Common Rule, the culmination of nearly a decade of rulemaking aimed at improving our system of oversight and facilitating research.

In the world of science policy geeks, there are few Eureka! moments or end zone dances. It is not every day that landmark rules are released. Furthermore, it is rare for significant policy changes to take place in the absence of a crisis, but rather in recognition of the evolution of science, our increased understanding of what works and what doesn’t in research oversight, and the changing nature of participant engagement in research. The revision of the Common Rule is the endpoint of years of discussion, debate, thousands of public comments, and, most importantly, a dedication to the very people who it is designed to protect and to the researchers who serve as their partners in discovery.