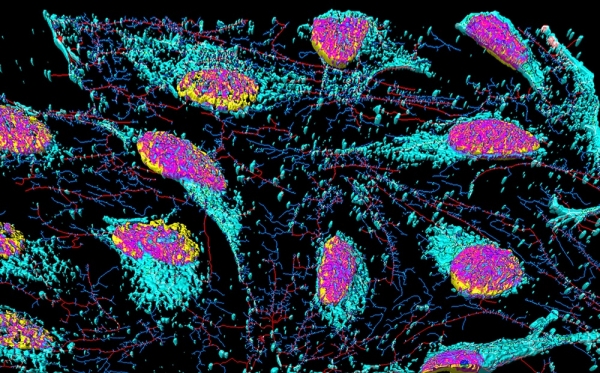 The amazing and tragic story of Henrietta Lacks became part of the public’s consciousness in large part thanks to Rebecca Skloot’s 2010 book “The Immortal Life of Henrietta Lacks,” which spent 75 weeks on the New York Times Best Seller’s list.  Prior to her untimely death at the age of 31 from an aggressive form of cervical cancer, Henrietta’s doctors at Johns Hopkins extracted cells from her tumor and were able to keep those cells alive and replicating.  These cells, thereafter known as HeLa cells, have helped enable some of the most important advances in biomedical research over the past 65 years.

In 2013, researchers in Germany published a paper that described the full sequence of the HeLa genome.  This publication immediately raised privacy concerns with respect to the Lacks family because of the potential to identify the family’s potential disease risk.  In response to this, NIH partnered with the Lacks family to provide a mechanism for whole genome sequence data generated from HeLa cells to be used to advance research, while respecting the family’s privacy and wishes.

In subsequent conversations with NIH, members of the Lacks family have emphasized how much they value learning about the nature and progress of HeLa cells in research.  This got us here at NIH thinking “how can we quantify the impact of HeLa cells over the past six decades?”

To answer that question, the NIH Office of Science Policy (OSP), in collaboration with the NIH Library recently put together the first ever systematic and comprehensive literature review on the contributions of HeLa to biomedical science.  We have taken the results of this review and have added several new pages to the OSP website that display the data in a powerful, interactive and interesting way

This resource can be accessed at: https://osp.od.nih.gov/scientific-sharing/hela-cells-landing/. While there, you can take a deep dive into how HeLa cells have contributed to the development of the polio vaccine, the advent of recombinant DNA technology, nanotechnology treatment for cancer, and many other impactful applications over the past 65 years.

I invite everyone to take a look at this new resource so that they can get a sense of how important Henrietta and the Lacks family’s contribution to biomedical research has been.  OSP will continue to update the information on the site as necessary so that the site will remain a living testament to Henrietta.  The generosity of the Lacks family has ensured that Henrietta’s legacy will continue to be one of scientific progress and hope for a healthier world.

“…the generosity of the Lacks family…” Right. Is generosity the new euphemism for unethical behavior? Have the Lacks family been adequately compensated by the researchers or institutions who have financially benefited? Did any of the Nobel Prize winners even think to reference Mrs. Lacks in their research (at a minimum)? I doubt it. So, how are you writing about Tuskegee? Maybe something to the effect that the side effects were a little “uncomfortable” for the patient?

This blog and embedded website are tone deaf and would be expected 15 years ago, heck even 5 years ago. You had an opportunity to confront the outrageous and unethical practices and how this type of injustice will not be tolerated by the NIH. Instead, I am left with the feeling that NIH is complacent. Yes, the tools and resources are cool and may be helpful, especially with students. But this was a missed opportunity to use the body, power and influence of the NIH to shield victims from scientific harm.